Note: for the features in the Manager menu to function properly, Restaurant Managers must have a Default Location assigned on their User record.  If no Default Location is assigned, no comment boxes will appear on the Daily Comment screen.

To demonstrate how a Daily Comment would be created and then transposed on to a DSS file please read the following example:

Upon clicking the Submit button, a placeholder DSS file will be created and the Daily Comment tab will close.

Before clicking submit the most recent DSS file is for Wednesday (the current day):

After clicking submit we see a new DSS file for Thursday (tomorrow):

This newly generated DSS is simply a placeholder that cannot be opened or viewed.  If a User did double click on the DSS to open it, they would receive the following warning: 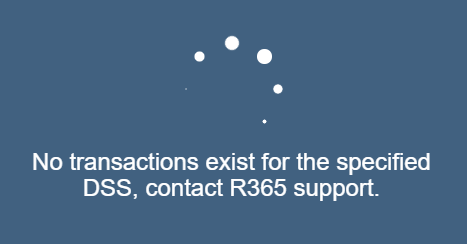 To make any adjustments to the comments that have already been recorded, the Restaurant Manager could hover over the Manager menu once more, and click on Daily Comment.  The Daily Comment page would load and the User could then make any updates to the Daily Comments.

When the DSS is generated Thursday morning, containing all of the respective sales / labor information, it will merge and replace the DSS placeholder that was previously created.  The new DSS will also contain the comments (and deposit amounts) previously entered on the Daily Comment page on the DSS Comment tab.  This will allow Restaurant Manager B, who is scheduled to open the Location in the morning, to enter the Deposit values in to the DSS Deposit tab

Was this article helpful to you?

Have a technical support issue or didn't find your answer? Visit our support site.